Here Technologies, the company behind the popular location platform and consumer navigation app, has announced a new extensive freemium pricing tier as it looks to entice more developers to use its location services.

While Here previously offered a free tier for developers to build consumer apps, it came with significant limitations. For starters, it only allowed 15,000 transactions each month — a “transaction” meaning a single request made to Here’s servers from an end user’s device. Plus, it didn’t offer access to numerous advanced features, such as offline maps and turn-by-turn navigation, while it also didn’t offer access to the full-fledged premium mobile software development kit (SDK).

To get access to Here’s full API and SDK feature set, and a decent number of transactions, developers would have to cough up hard cash, starting at $49 per month. Even the $449/month “Pro” plan didn’t offer the advanced features or premium mobile SDKs.

And it’s against that backdrop that Here is now lifting the lid on a more appealing and simplified pricing structure, which includes a freemium plan that could actually be of use in terms of building functional cross-platform apps.

The company has also ditched the two “starter” and “standard” plans, so all you have now is “free,” “pro,” and a customized option for bigger developers.

For free you can now garner up to 250,000 transactions each month, which would’ve cost $119 previously. Plus, it includes nearly all of Here’s APIs and the premium mobile SDKs, meaning you can create feature-rich mobile apps for free. And if you go over the 250,000 calls, you pay $1 for every 1,000 transactions until you decide to upgrade. 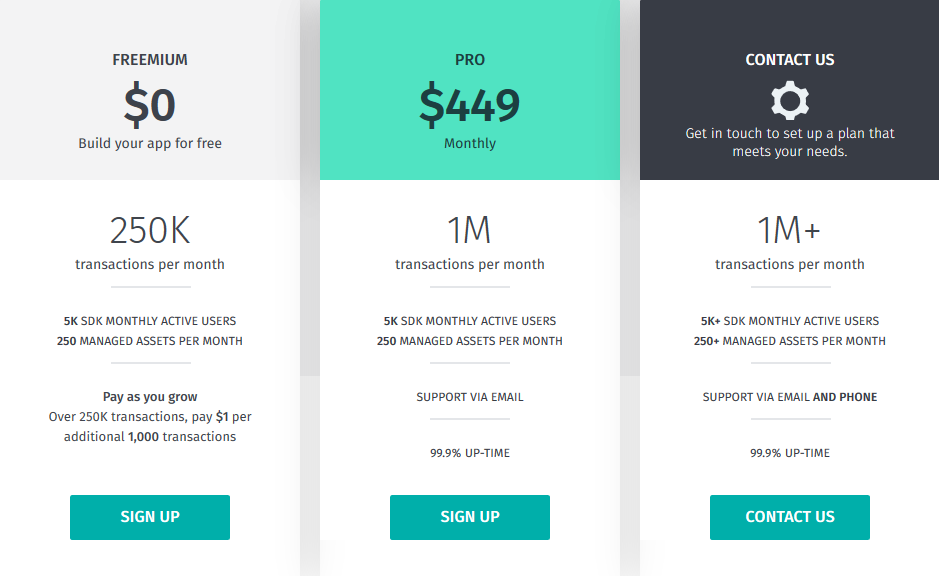 Finally, it’s worth noting here that the free plan doesn’t insist on any limitations in terms of the kind of apps you can build — they can be public, private, free, or paid. On the previous free plan, developers were limited to public-facing apps.

So what does this all mean and why is Here changing things? Here’s a quick background summary for context.

Alongside the likes of Google Maps and TomTom, Here is one of the internet’s preeminent online mapping platforms. It has been known by a number of names through the years, but after Nokia acquired digital map data company NAVTEQ for $8 billion in 2007, and after boosting its mapping smarts via a number of smaller acquisitions, Nokia eventually rebranded its Nokia Maps product as Here in 2012. In 2015, Nokia sold Here for $3 billion to a consortium of German car manufacturers, with a bunch of smaller shareholders joining the mix later, including Intel and Pioneer.

While Here has offered its own consumer-facing navigation app for a while, which is now called Here WeGo, its main business lies in selling maps and related navigational smarts to third-parties, including car manufacturers, GPS device makers, app developers, and more.

Its model is very much like Google Maps, which also makes a lot of money from licensing its platform to developers. However, back in May, Google announced a whole bunch of changes to the Google Maps API — this included consolidating its APIs into just three core products, insisting on a credit card and billing account for all API access, and overhauling the pricing structure to a single pay-as-you-go plan. Some developers were not overly affected by this, but others most certainly were — evidenced by some of the outraged outpouring that swarmed the internet in the wake of Google’s announcement.

And this, it seems, is why Here is now doubling down on its efforts to grab developers who feel hard-done by Google’s changes. By simplifying its structure, and making the free tier infinitely more appealing, Here stands a greater chance of getting developers on board. And once they’re on board, it’s easier to convert them into paying customers, assuming their own respective businesses flourish.

Additionally, Here said that it will not require credit card details up front — developers can pay what they owe as they see fit.