Police released an officer’s body cam video less than 24 hours after the rookie officer shot and killed a woman lying in the grass, while trying to shoot a dog charging at him.  CBS DFW reports the rookie officer in the Dallas suburb of Arlington, who was released from supervised duty on July 1, responded to a welfare check Thursday about a woman who appeared to be passed out in a grassy area behind the plaza.

Footage from the officer’s body-worn camera released Friday shows the officer walking along a sidewalk and calling out, “Hello. Are you OK?” 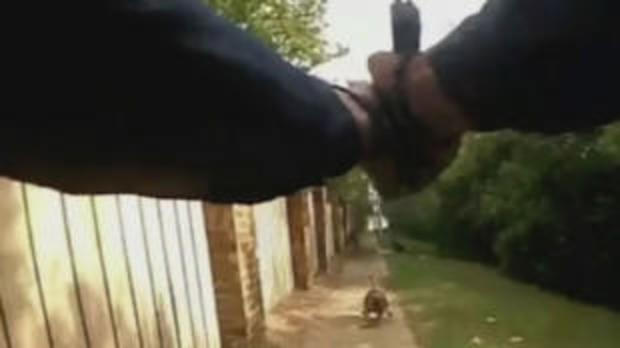 The woman replies, “Yeah, I’m fine.” A dog approaches and the officer asks, “Is that your dog?”

As the barking dog runs toward him, the officer yells, “Get back!” He begins to back up and then fires three shots. The woman screams, “Oh my God!” and continues to cry out.

Police Chief Will Johnson said at a news conference that the dog, which he described as a Labrador mix, weighed about 40 pounds. Investigators think the dog belonged to the woman, who the Tarrant County medical examiner’s office identified as 30-year-old Maggie Brooks. 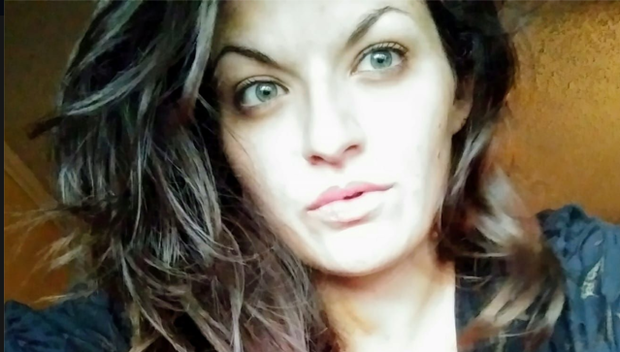 Brooks is the daughter of an Arlington Fire Department captain, CBS News has learned.

Brooks was shot in the “upper torso,” Johnson said. The dog suffered a flesh wound and has been quarantined, the chief said.

“Everything about this call is an absolute tragedy,” a somber Johnson said. “Our hearts are broken for the Brooks family and for the officer involved. Our officer was on scene trying to find an individual who may be suffering from a medical emergency. Clearly, this is not the outcome the officer wanted, nor is it the outcome that the department wanted.”

He said Brooks’ family has been shown the body camera video, and that criminal and administrative investigations are underway.

The 25-year-old officer, whose name hasn’t been released, graduated from the police academy in February and hadn’t fired his service weapon in the line of duty before Thursday, Johnson said. He has been placed on administrative leave.

People who live and work near where the shooting occurred said they often saw Brooks walking with her boyfriend and that the couple appeared to be homeless. They said the pair always had a dog with them.

CBS DFW reports the dog was said to be friendly with people in the area.

Larry Hamilton told the Fort Worth Star-Telegram that he lives in a nearby apartment but was homeless for several years and knew Brooks. He said she was “a good-hearted person” who always made sure the dog was fed before she was.