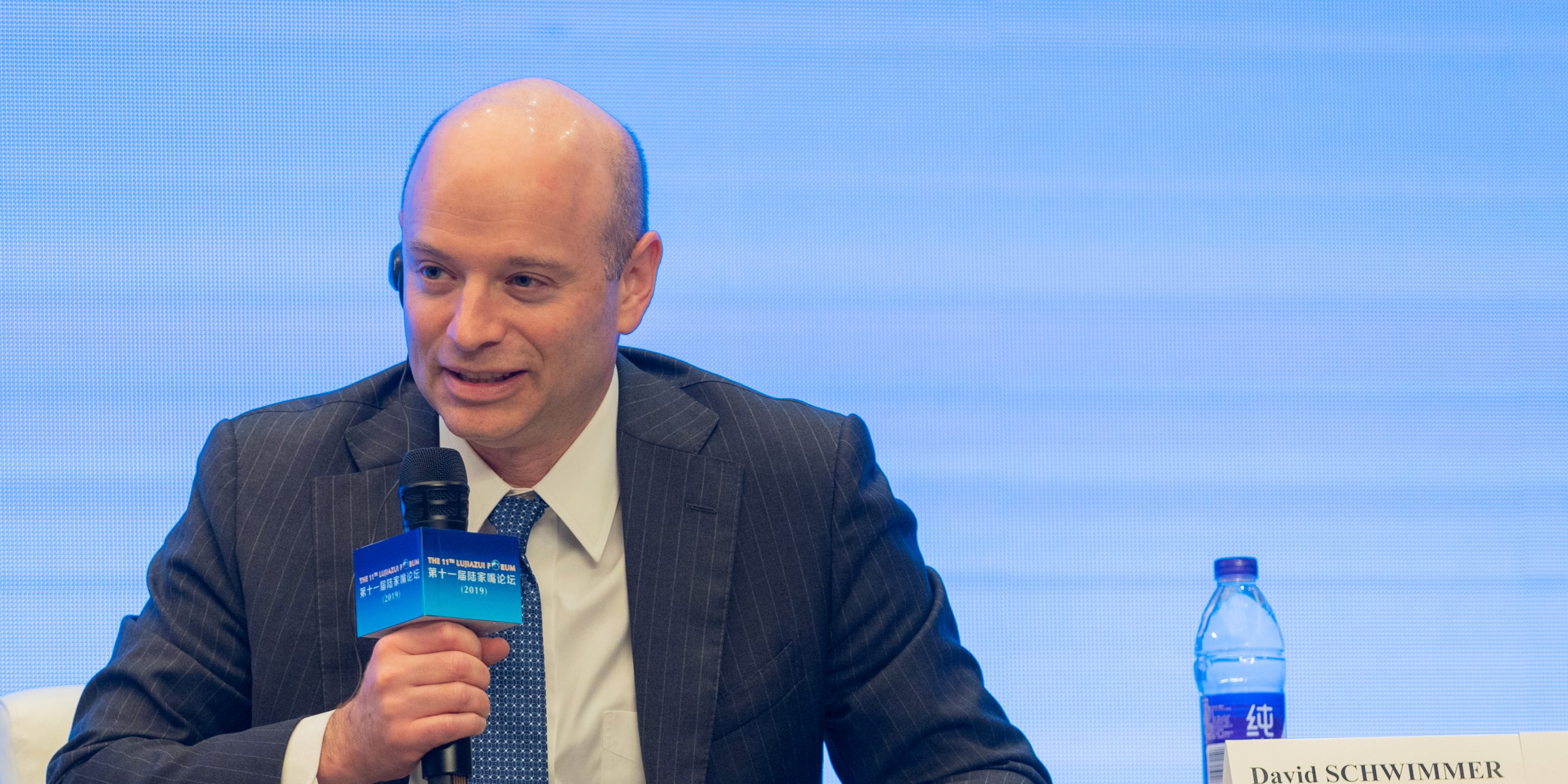 The tie-up highlights trading venues’ desire to move beyond low-margin trading and clearing into the more lucrative business of selling data.

LSE CEO David Schwimmer, who joined the stock-exchange group less than a year ago from Goldman Sachs, is driving the industry-changing transaction. Our banking reporter Dakin Campbell talked to Schwimmer’s former colleagues and clients, who told him why Schwimmer is ideally placed to do the deal.

If you aren’t yet a subscriber to Wall Street Insider, you can sign up here.

The deal also involves some of the biggest names in M&A, including Goldman Sachs, Morgan Stanley, and Evercore. Here’s what you need to know about the bankers working on the deal.

And lastly, industry watchers are already speculating about which data company might be bought next, as exchanges look to quench clients’ seemingly endless thirst for financial data while also generating new streams of revenue for themselves. Experts say that of the five large data providers, FactSet appears most likely to be snapped up next, according to our fintech reporter Dan DeFrancesco.

Separately, the BI newsroom did a deep dive this week on the impact of artificial intelligence on many verticals, including transportation, healthcare, retail, and investing. You can check out the whole series, How AI is Changing Everything, here.

Within finance, the research firm Autonomous estimates that the industry broadly will be able to shave costs by as much as 22%, or $1 trillion, by 2030 through the use of AI.

In terms of specific applications of the tech, chatbots and fraud-prevention apps are becoming more common, but it’s early days. Banks are still doing the essential data work needed so AI can do the more ambitious work around investment recommendations.

As Gordon Smith, the co-president and chief operating officer of JPMorgan, said at a recent financial conference, “Machine learning, artificial intelligence, I would say we at least are right at the beginning of that journey.”

To read many of the stories here, you can subscribe to BI Prime.

Have a great weekend!

As CEO of the London Stock Exchange, David Schwimmer has agreed to buy Refinitiv, the financial-data company behind Eikon terminals that’s owned by Blackstone and Thomson Reuters, for $27 billion.

Schwimmer is taking a bold step, assuming the $12 billion in debt that the Blackstone-led investors piled on the company and betting he can navigate a shareholder vote and a thicket of regulatory reviews to get it approved.

To succeed will mean diversifying the LSE away from its focus on equity trading and establishing it as one of the biggest global purveyors of financial data. To fail will mean following in the footsteps of a predecessor who met an embarrassing end.

The Securities and Exchange Commission is stepping up scrutiny of mutual-fund investments in private companies, according to people with knowledge of the agency’s interest.

Mutual funds have been loading up on companies like Airbnb and WeWork, but the valuation they give these private shares can vary wildly from fund to fund, and the stakes can be hard to sell.

In some cases, mom-and-pop investors in the fund may not even know that their cash has been invested in private companies. Now, the SEC is trying to figure out whether it needs to do more to protect small investors.

Humans are beating machines, and Pershing Square and Greenlight are crushing it. Here’s how hedge funds performed in the first half.

The market-beating human stock-picker is far from dead.

Systematic strategies haven’t exactly flopped and still attracted significant assets. But stock-pickers like Bill Ackman, David Einhorn, and Gabriel Plotkin turned in a blistering first half, proving that the era of the star investor is not completely over.

The average hedge fund returned 7.58% through the first half of the year, according to HFRI.

JPMorgan doesn’t want to get burned by AI and machine learning. Here’s how it avoids costly mistakes.

The first thing Samik Chandarana needs you to understand is that machine learning will not answer all your prayers.

That may be unwelcome news to the thousands of executives who have seized on the buzzword and its cousin, artificial intelligence, to make their old companies sound new again. And it certainly sounds odd coming from someone like Chandarana, who has worked in JPMorgan’s corporate and investment bank since 2017 as head of data analytics, applied artificial intelligence, and machine learning.

But it’s a key lesson when one considers the increasingly lofty expectations for new tech. Wall Street saved $41.1 billion using AI in 2018, and AI’s business value is set to reach $300 billion globally by 2030, according to an April report from IHS Markit.

Warren wants to wage war on private equity. One group is sure to benefit: the small club of lobbyists and advocates representing the industry and its investors on Capitol Hill.

Warren wants to impose a 100% tax on the fees private-equity firms charge for managing a company and change bankruptcy law to protect American workers who lose jobs in buyouts.

What do Nintendo, WWE, and Tiffany & Co. have in common?

Lone Pine Capital, a $19 billion legendary stock-picking hedge fund, owns shares in all of them and sees “long runways” for their growth, according to a recent investor letter seen by Business Insider.

Lone Pine Capital has divided the market into three segments: young disruptors such as Beyond Meat; disrupted firms like banks, ad agencies, and legacy technology companies; and “compounders” like WWE and Tiffany.

The firm is long the compounders, short the companies it considers already disrupted, and both long and short young disruptors, and it thinks judgement about the overall market misses the “nuance of underlying extremes,” according to the letter.

Other good stories from around the newsroom: