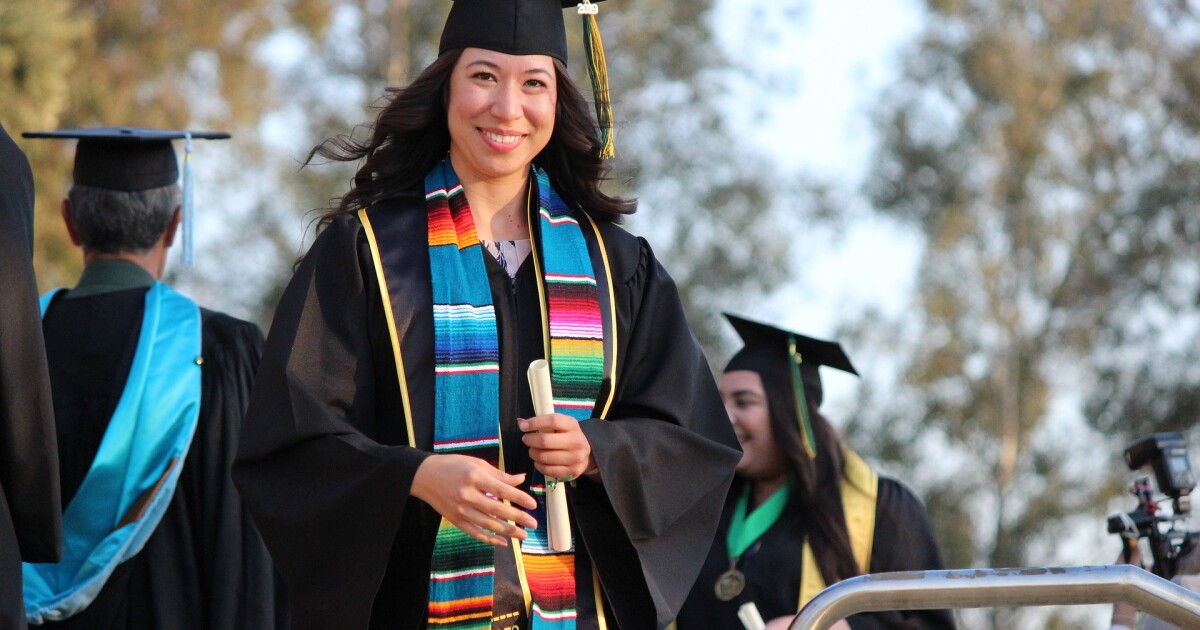 A new law lets owners of 529 college savings plans redirect unused dollars to a tax-free Roth account, making the latter, the Cadillac of retirement strategies, more available to a new generation of savers.

Under legislation signed into law last month, investors can roll up to $35,000 from a 529 into a Roth individual retirement account starting in 2024. The move morphs leftover money originally intended for a child’s college (or kindergarten through 12th grade) costs into retirement dollars, all without socking the saver, or the beneficiary, with a tax bill. With tax-free growth and withdrawals, Roths are an engine of outsize savings and a favorite of wealth advisors, especially those to the affluent.

“Having the option to roll the funds into a Roth IRA will be a significant benefit that can also give a leg up to the beneficiaries in saving for retirement,” said Kristen Carlisle, the general manager of Betterment at Work, part of robo-advisor Betterment.

The benefit is part of a $1.7 trillion federal spending bill that contains a welter of provisions aimed at improving Americans’ retirement readiness, including that of higher earners. Among the package’s changes:

The rollover provision is “a great way of tax-effectively passing wealth to the next generation,” said Zachary Morris, the co-founder and managing partner of Paces Ferry Wealth Advisors, a fee-only firm in Atlanta.

The 411 on 529s
A parent or grandparent typically sets up a 529 for a younger family member. Owners can also set one up for themselves or change a beneficiary, to, say, a younger child if the older one doesn’t go to college or gets a scholarship and doesn’t need all of the money. If a beneficiary gets a full scholarship to college, the penalty for withdrawing the cash is waived, according to Schwab. Up to $10,000 of 529 funds can be used to pay off existing student loans.

On dollars put into 529s, which are named for a section of the tax code and are run by states, taxes have already been paid. The contributions are invested in mutual funds or exchange-traded funds —  often target-date funds — that are available on a plan’s menu of options.

When pulled out to pay for qualified expenses such as tuition, fees, room and board, and books, there’s no tax bill. But if the dollars are used for non-educational expenses, the saver owes federal and state tax, at ordinary rates now topping 37%, on the growth, as well as a 10% penalty.

Previously, if a saver was stuck with money in a 529 because their child didn’t go to college — maybe they’re an athlete or a performer or opted for a nontraditional path — the only way to get the funds out was to suck up the tax bill. Now $35,000 can walk seamlessly into a Roth, tax-free.

But not immediately. The new law says that a 529 account has to be in existence for at least 15 years before being rolled into a Roth IRA. And contributions and growth from the past five years can’t be shifted over.

Here a Roth, there a Roth
Roth IRAs are funded with dollars on which taxes have already been paid. Withdrawals are tax-free once the owner reaches age 59½ and has had the plan for at least five years. Intended as a middle-class savings vehicle, the accounts have income and contribution caps intended to prevent the ultra-wealthy from utilizing them.

This year, the total that a person can contribute to all traditional IRAs and Roths combined is $6,500 (plus an $1,000 if aged 50 or older.) Single earners who make under $138,000 and married couples earning under $218,000 can contribute the full amount. Those making slightly above those income thresholds can contribute a reduced amount — zero dollars once they hit $158,000 and $228,000, respectively.

Limits, schlimits
A major way to bypass the income limits comes thanks to a tax code provision that allows investors to put extra money into their 401(k)s, then convert those accounts to Roths. This year, savers can contribute an extra $22,500 to an employer-sponsored retirement plan — $30,000 if aged 50 or older. Total contributions, including employee matches, can reach $66,000 — more than 10 times the amount that can go into a regular Roth.

By maxing out 401(k) contributions, then converting that plan to a Roth, a saver can shift the money to a tax-free account. While ordinary taxes are owned on the amount converted, the gains grow free of tax.

There’s another way to tax-free land that’s known as a backdoor Roth conversion. The strategy involves converting a traditional IRA into its Roth cousin. If the original plan is seeded with low-value interests in private companies that later explode in value, as PayPal co-founder Peter Thiel had, the result can balloon to $5 billion tax-free wealth, as a ProPublica investigation detailed last year.

‘Like a backdoor Roth’
Converting $35,000 of unused 529 dollars to a Roth isn’t likely to get you to seven figures. Still, financial advisors view the ability to roll over the dollars as valuable.

Matthew Masterson, the chief planning officer CI RegentAtlantic Private Wealth, an advisory firm in Morristown, New Jersey, called the new provision “a unique opportunity for investors who normally would not be allowed to make Roth contributions. It’s very similar to the backdoor Roth IRA contribution available to some investors today”