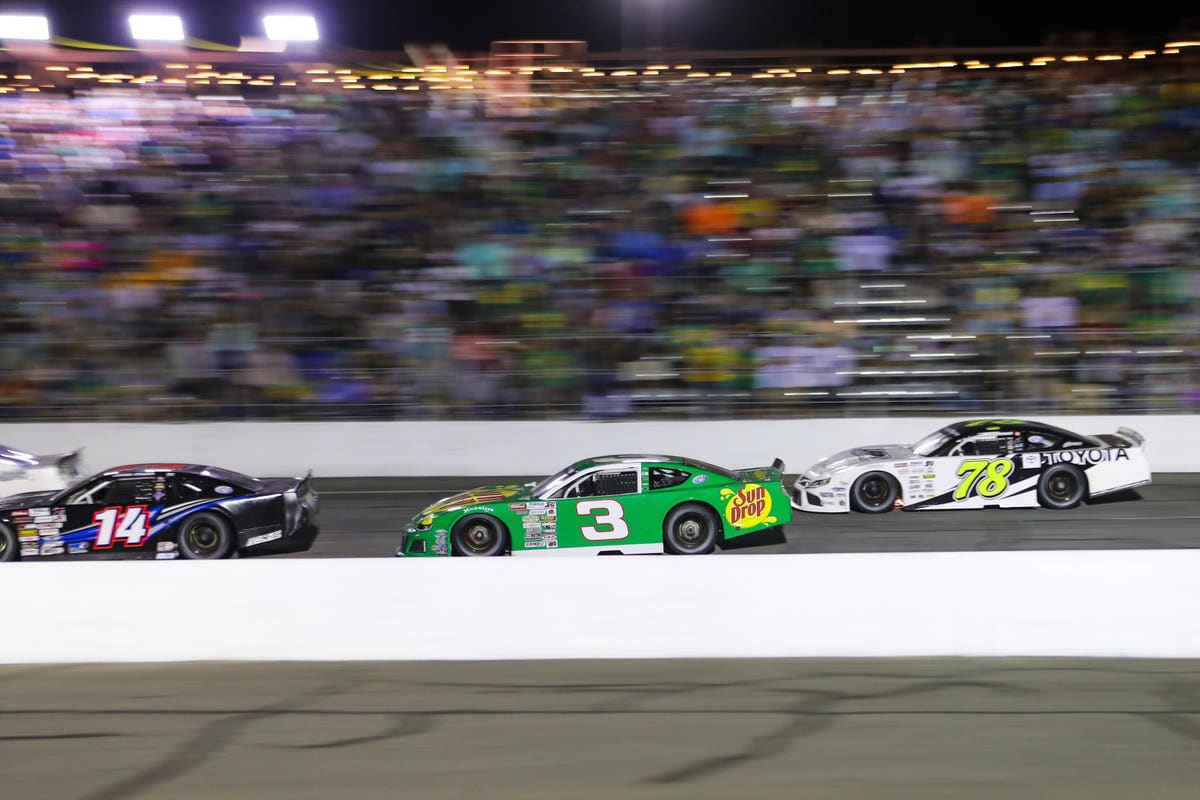 A late model short track series has gained some big backing from some of NASCAR’s biggest names.

NASCAR Hall of Famer Dale Earnhardt Jr. began his racing career racing late models at some of the same short tracks that are on the CARS Tour. Earnhardt has been a vocal advocate for late model racing and was instrumental in revitalizing North Wilkesboro Speedway which NASCAR abandoned in 1996. Those efforts, along with those of the community, culminated in NASCAR announcing last year that its annual All-Star Race will be held at the historic track this season. Earnhardt raced a late model at a CARS Tour event at North Wilkesboro last year and said that’s where the conversation started.

“Jack mentioned to me that he was interested in having some people become involved in the Series,” Earnhardt said Monday. “Jack is going to continue to manage, with Keeley (Dubensky, CARS Tour Director of Operations), the day-to-day going forward. None of that is going to change, but he wanted some assurance that the Series would be in good hands and that started the conversation with me and the rest of the group.”

Moving forward the CARS Tour will remain unchanged. The 2023 schedule is set with 19 race weekends.

“Owning and developing the CARS Tour has been an honor and one I’m immensely proud of,” said McNelly. “Fortunately, it’s in the best of hands with this new group. They have the passion and talent to take the Tour to the next level. I can’t wait to see what this next chapter brings for everyone involved.

“I give my heartfelt thanks to all that have contributed to the success of the series over the years. It has truly been a team effort. The CARS Tour staff, officials, competitors, sponsors, and fans have made this series one of the best in the country.”

Earnhardt said the investment will affect his other business ventures, and projects. He not only owns a successful NASCAR team, but a media company and has other business efforts as well.

“Yes, I hope it does impact my other investments in a great positive way,” he said. “That will be the great thing about the four of us, we can find ways to weave in what we are already doing into the CARS Tour. It just creates a lot more opportunities to introduce some of our current partners to the brand and to the CARS Tour, short-track racing, grassroots racing.

“I already have a bunch of text messages from partners and connections I have about interest in being involved and how they can support. I will go ahead and answer the question, I don’t think it impacts other business ventures that I have, but it also doesn’t impact my ability to compete in the series.”

For Kevin Harvick, a 2014 NASCAR Cup champion with 60 Cup wins to his credit, late model racing is a return to his roots. Prior to moving into NASCAR highest ranks, Harvick, a California native had 39 starts in the now shuttered NASCAR Southwest Series with 4 wins. Earnhardt hopes to have Harvick’s involvement include some time behind the wheel, along with himself.

“Harvick already mentioned that he wants to race in the CARS Tour,” he said. “I think running once or twice a year gives us a great opportunity to experience the series as a competitor, or as an owner, and get a real look behind the curtain at what the challenges are for those individuals. It may give us a better understanding of how to be good stewards of the series as owners. I couldn’t be more excited.

“I really love the opportunity here to work with everybody and can’t wait to see what we can do to move forward. The other things I have going on in my life should continue on successfully. We like all these opportunities to complement each other. All these different things we get ourselves involved in, we like for them to support and complement each other.”

Harvick said when Earnhardt asked him to be a part of the ownership group, it didn’t take long for him to say yes.

“I was basically asking to be part of this by the time we got to that part of the conversation,” Harvick said.

“For me, growing up racing Late Models on the West Coast and being a part of my career path to the ladder system is something that I have a passion for. I can sit on the fence or in the stands and watch practice—I do it at the go-kart track as well.

“I love watching people drive around in race cars. I love the interaction from the competitors. What seems so simple to us, because we have been around it our whole lives, is not so simple to the weekly competitor who is struggling to get to the track or has a question about what is right or wrong or what he should or shouldn’t do.

“I want to be in the car, the pits, the grandstands and want to know what these competitors are struggling with and what they need and to make it better. I can’t wait to be part of it and I’m looking forward to every minute of it.”

Earnhardt said he has talked to NASCAR about possible future opportunities with the series.

“We haven’t really discussed any long-term plans or how we could come together in any sense,” he said. “There is communication with NASCAR, for sure, about our plans and our involvement in the CARS Tour and why we would want to become involved. NASCAR has been extremely supportive to what we are doing. They understand how important grassroots racing is. I think they too have a new focus on the health of grassroots racing and short-track racing in general – I’m thankful for that. Everyone that I’ve talked to at NASCAR, I am thankful for their excitement and their support on what we are doing.

“The CARS Tour would love to work with NASCAR in any way, shape or form going forward. There is positive momentum across the board for short-track racing right now and I think everyone from the top down recognizes how important that is and keeping that momentum going.”

“I’m excited to join Jack, Keeley, and everything they have going on with this group,” Earnhardt said. “Hopefully when they open up the toolbox, there’s more tools in there to work with in the future.

“Jack’s done an amazing job to create an incredible series that we all want to be a part of. Keeley is doing an amazing job understanding the way the team works and how to manage it. She’s a rockstar and getting to know her more and more has been a lot of fun for me and my sister Kelley.

“I’m also excited to work with Justin, Jeff and Kevin on a project. We all kind of think a little differently and have different strengths and I think we have a lot of ways to complement what is already going on here. Looking forward to this season, I can’t wait to get to the racetrack, talk to competitors, owners and fans. It’s going to be an amazing year. See y’all at a racetrack soon.”