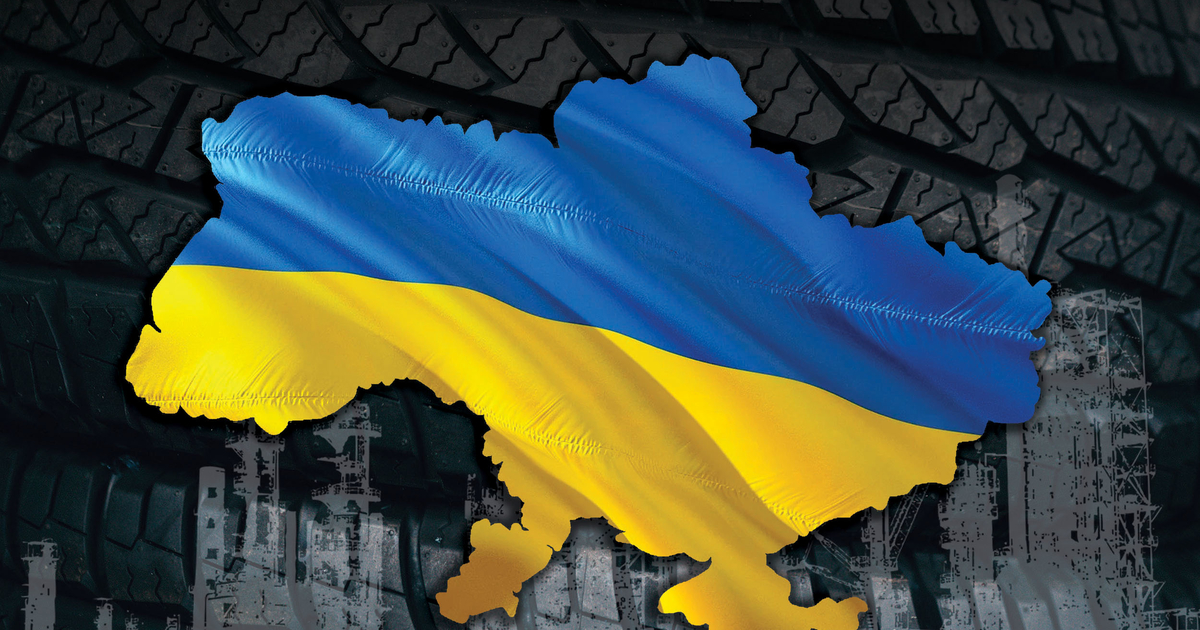 This has been especially true in the automotive, tire manufacturing and rubber product worlds, as companies in the U.S., European Union and across the world have banded together to undermine the Russian economy as repudiation for the invasion.

Since Russia is the third-largest oil producer in the world, and synthetic rubber uses crude as a key raw material, SR prices went as the price of crude—which is to say, they both skyrocketed.

While oil prices have come back down in recent months, the risk of spikes continue as long as the war does.

On the other side of the economic equation, Russia and Ukraine also are major global buyers, and the choices made by companies to halt their dealings with Russia affect bottom lines.

Both Nokian and Bridgestone are working to sell their Russian assets.

Chemical companies—from Dow and Chemours to Cabot Corp. and other carbon black producers—have coalesced to exclude Russia in both the import and export realms.

As the war nears its second year, tire and rubber companies are entering a new normal with Russian operations, much like they were forced to do with the pandemic.

Carbon black, like many other raw materials for tire and rubber products, saw high demand, rising prices and pinched supply across the European Union early in the year, a situation that was immediately exacerbated in the east by Russia’s attack on Ukraine.

Prior to the invasion, about 54 percent of Europe’s total carbon black capacity came from Russia, Ukraine and Belarus, supplies that continue to be held up by war-torn roads and mandates banning imports of raw materials from Russian companies.

As it stands now, supply of carbon black to the EU is nearly completely cut off from those three countries.

According to market research firm Apple Rubber, Russia itself pushes more than 700,000 metric tons of carbon black into the global rubber market annually.

The EU space is consolidated, with Cabot Corp., Mitsubishi Chemical Holdings Corp., the Siberia-based Omsk Carbon Group and Yaroslavl Carbon Black, along with Luxembourg-based Orion Engineered Carbons—which has a plant in Poland only 75 miles from the Ukrainian border—as the biggest players.

One remedy to the lagging carbon black supply in Europe is to increase imports from India and Saudi Arabia, according to industry experts.

“The European carbon black market has been facing turbulent waters since the broadened geopolitical gulf between Europe and Russia in the light of the Ukrainian crisis,” market watchdog Chemanalyst.com said in November. “Earlier, Russia was the major exporter of carbon black to Europe; however, since the sanctions and ban on trade on several commodities from the West to Russia, the supply fundamentals of carbon black have deteriorated significantly.”

Over the last several weeks, carbon black prices have come down, due mainly to decreasing downstream demand from the tire and automotive industries.

In addition, the EU has managed to stave off a natural gas crisis by maintaining sufficient storage of the feedstock, and the cost of CB production and its market value have dropped because of that.

Russia’s invasion of Ukraine has caused a humanitarian crisis not seen since 1990, one that has forced more than 7.8 million Ukrainian refugees—mostly women, children and the elderly—into neighboring European countries to the west.

Orion Engineered Carbons, with a carbon black manufacturing plant that sits just 75 miles from the Ukrainian border in southeastern Poland, restored at least some humanity to that region in March with a donation drive for those fleeing their attackers.

“It’s important for us to be a positive part of the community,” Jan Pytlewski, managing director of Orion’s Jaslo plant, told Rubber News. “So when the conflict in Ukraine started and refugees began streaming into Poland, we immediately began thinking of ways to support the community in Jaslo.”

The company donated about $17,000 to “Giro 555,” the Dutch part of the global Emergency Appeals Alliance, to provide “practical support” to Ukrainian refugees.

The fundraising is part of the company’s efforts to help refugees, noting its Polish location has been actively involved in giving food and shelter to people.

Boston-based Cabot Corp. joined Orion and VMI in the spring, offering support to the citizens of Ukraine as Russia continued its attacks on the country, targeting civilian areas and hospitals.

Through its Cabot Corp. Foundation, the company donated $250,000 to organizations throughout Europe that are working to provide assistance and relief to the Ukrainian people.

And in March, the Weinheim, Germany-based Freudenberg Group stepped up to support Ukrainian citizens with a donation of around $3.25 million.

As companies adapted to life under the geopolitical crisis, the U.S. and European Union have issued sanctions on Russia, “targeting a main artery of Russia’s economy,” as President Biden tweeted in June.

Governments are not alone. Businesses throughout the rubber industry have stood behind Ukraine.

They include BP, which said Feb. 27 that it would exit its 19.75-percent shareholding in Rosneft, a Russian energy company. BP CEO Bernard Looney also resigned from the Rosneft board.

On March 14, Bridgestone Corp. suspended production of tires in Russia and halted exports to the country. The company, which operates a Ulyanovsk, Russia, plant, froze new investment at the facility.

In April, Chemours condemned Russia’s “senseless violence” and stopped its business there.

Continental A.G. halted production at its tire and ContiTech facilities in Kaluga, and stopped imports and exports from Russia company-wide.

Dow Inc. earlier this year pulled back on its Russian business, stating it “stands in solidarity with the people of Ukraine and denounces Russia’s invasion of Ukraine.”

The company previously suspended all purchase of feedstocks and energy from Russia and significantly reduced operations and product offerings in the country.

Finnish tire maker Nokian Tyres P.L.C. was one of the first companies in the rubber industry to react to Russia’s invasion of Ukraine.

The company in late February diverted its tire production and reshaped its supply chain.

And earlier this year, Solvay S.A. suspended operations and new investments in Russia.

In March, Volkswagen Group suspended exports to and local production in Russia.

Volkswagen also halted production at two EV plants in Germany after deliveries of components were affected by impassable transportation routes.

In addition, Mercedes-Benz said earlier this year that it cut shifts and reduced production at some of its European plants as transportation routes and financial transactions were disrupted by the war.

And citing trade obstacles as a result of the global sanctions imposed on Russia, Jaguar Land Rover and Aston Martin have stopped shipping vehicles to Russia.