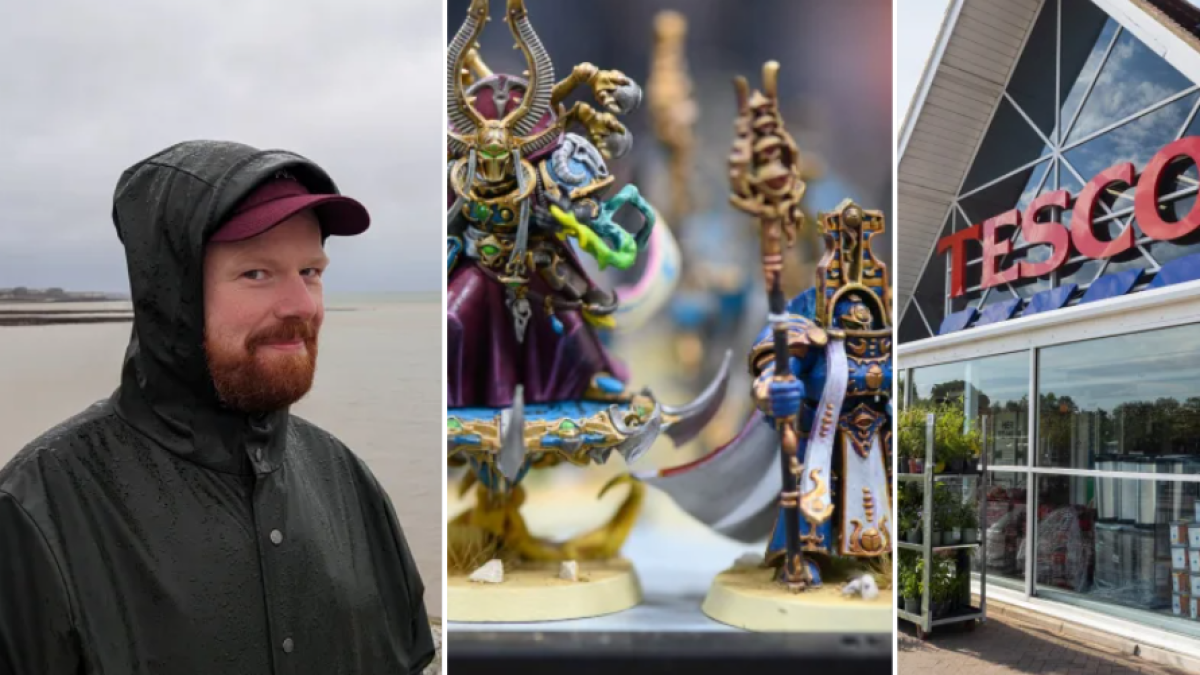 I’m an investing dummy. There I’ve said it. I wrote in my last column about how, despite being a cash saver and doing the job I do, I had never seriously invested in the stock market.

But I’m changing my ways now – and this week it’s time to put my money where my mouth is and choose where to invest my hard-earned pounds and pence.

I’m putting together a portfolio – a group of investments, in other words – that will rub shoulders with Wall Street’s finest. I’ll leave picking out a pin-striped suit, where to source fine cigars and the ins and outs of a “business lunch” until another week…

So: what to choose?

I have done my research and all the experts have told me it’s important to be aware what purpose I’m investing for as different investments will suit different aims. Am I saving money for a better retirement? For a particular goal? Just to have some fun and maybe make money in the process?

I’m going to be awkward and mostly go for the last option, but with half on eye on making sure these are good long-term options as well. I’ll be picking a few stocks (individual shares in companies) and an investment fund (a collection of stocks that a fund manager has picked for me) so that I will have some short-term fun and some long-term stability.

As individual stocks will be more volatile, as a company’s fortunes can change quickly depending on big economic factors or small, specific problems, I’ll balance this with funds, which are considered less risky as your money is split across many different firms.

I’ve also decided to stick with UK firms with a good track record. My plan is to put my money in companies with good prospects in the near future and a strong base for long-term success, and who do something which I can understand. We’ll not be backing unheard of technology companies here!

Given that we are in a cost of living crisis, you may not expect supermarkets to do very well going into 2023. However, as US investment bank JP Morgan recently wrote in a research note, many investors are expecting the “low-end” grocery retail sector to do quite well. The bankers wrote that Tesco is “well positioned to navigate 2023” and I agree with them.

Even though inflation is causing some of us to shop less, the supermarket has a healthy share of the UK grocery market and a swathe of loyal customers who have chosen not to abandon it for Lidl or Aldi. Tesco is revamping its Clubcard scheme and shopping app to hand out discounts to shoppers more often, something I’m betting will should attract new customers and keep existing ones happy.

For that, I think we can expect the firm to do even better next year – and for its share price to increase. Though it is currently at around the 225p mark, having fallen more than 22 per cent in 2022, I’m hoping to have got in at a good price just in time for a steady turnaround next year.

You may not have heard of this company, but the Nottingham-based maker and seller of fantasy board games could be a big hit next year. Games Workshop deals in plastic models – and the paints, glue and tools you need to put them together – to a group of very dedicated customers around the country, who meet up to battle regularly with their figurines, described jokingly as “plastic crack” by fans.

The firm, which was started by friends John Peake, Ian Livingstone and Steve Jackson nearly 40 years ago, is worth £2.7bn today – more than Marks & Spencer or Asos – and makes more profit than Google. Thanks to lockdowns and a resurgence in geeky culture that I thoroughly approve of, its products are more popular than ever.

It is also an increasingly global behemoth: it not only licenses video games based on its Warhammer characters, but recently signed a potentially huge deal with Amazon to develop films and TV. Superman and The Witcher star Henry Cavill is on board as an executive producer and potentially leading man.

For me, it’s an easy pick as I think Games Workshop’s success is set only to continue. Though their share price has had a bumpy 2022, losing almost 16 per cent, it has been rising steadily since October. I’m also a fan of the firm’s work – I play their American football game called Blood Bowl with my friends – and am happy to back them.

Bunzl is perhaps the least exciting option on here. The FTSE 100 company is a “value-added distributor and outsourcer” and carries out a multitude of functions, but largely sells everyday goods that are needed by companies across the economic spectrum: food packaging, medical gloves and safety gear are just a few of the products it supplies.

However, where it may not be exciting, Bunzl is dependable dividend payer. A dividend is an amount of money you are given as a thank-you for investing with that company. You may get the dividend between two and four times a year and it means you can benefit from this regular payment as well as any move in its share price (as long as its up).

The firm’s annual dividend has been increased for 29 years in a row, reflecting Bunzl’s resilience. Even if shares don’t soar, that dividend will give us a decent return on our investment. Recently, it’s paid back around 0.5p per share.

Its bosses said sales have been “very strong” this year with a growth of 27 per cent, and they expect revenues to continue climbing in 2023 thanks to “organic growth” and some of the other companies it has bought, including Czech safety gear maker VM Footwear and Dutch food packaging firm PM Pack.

Finally, to round out our portfolio, a left-field option. As the name suggests, Invesco’s Solar ETF (exchange-traded fund) is an investment fund that invests in various companies involved in solar energy. Most of these are based in North America and Asia but there are a few European firms included too. ETFs are so named because the fund is then itself available to be traded on the stock market.

I chose it for a few reasons: first, it’s what is known as an “ESG” fund which has a focus on environmental, social or corporate governance factors (in other words: green firms, diverse firms and well-run firms).

Second, I think solar energy is going to be a winner in the coming decades, so these companies could well end up being very profitable. Third, the fund has had some ups and downs in 2022, which means its price is pretty cheap at the moment.

ESG – This stands for “environmental, social and governance” and is an acronym applied to companies, funds and other things in the investment world. It basically refers to the factors that reflect the extra value that companies add beyond the financial. ESG funds are those that prioritise companies who have good environmental, social and governance credentials. While an oil firm might not have a great ESG rating, one that makes solar energy might have a better one.

Dividend – A regular payment made by companies to their shareholders to reward their financial backing. These can be paid in shares or in cash, depending on the company, and is often dependent on how much profit it makes. It dates to the Dutch East India Company, which was the first public company on record to pay a regular return to its shareholders.

Revenue – A company’s income, distinct from its profit. Revenue represents all the cash coming into a company through its normal business operations, and can include sales, fees, interest, returns from property and many other parts. It is different from profit, which is how much money a company makes after all its expenses have also been removed.