For the S&P 500, 2022 was the worst year since 2008 as the broad market index fell 19.4%. While no one likes to see their portfolio decline, savvy investors know that bear markets offer good buying opportunities. In fact, for net buyers of stocks, declines are good because they make stocks cheaper.

If you’re looking for bargains, there’s no better place to start than last year’s worst-performing stocks of the S&P 500. You might be surprised by who made the list. 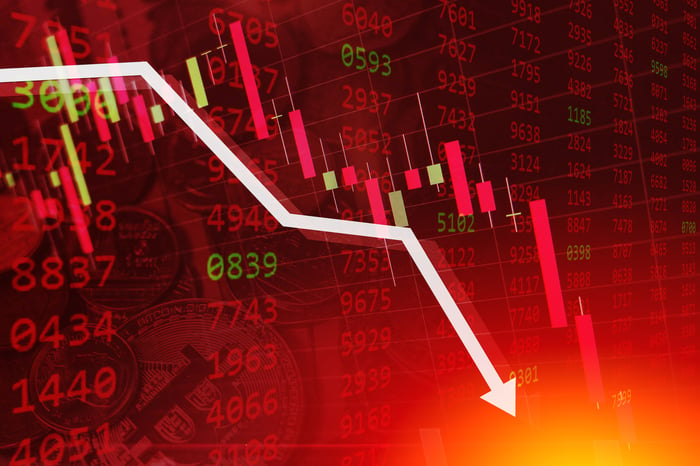 Generac Holdings (GNRC 1.18%), a maker of generators, was one of a number of stocks that boomed during the pandemic but fell sharply over the past year.

The stock had soared in 2021 as spending on the home and power outages in Texas led to a surge in demand for generators, but revenue growth slowed in 2022. The stock plunged in October after a major customer declared bankruptcy and the company slashed its guidance for the year.

Going into 2023, the Wall Street consensus is that the pandemic and mass outages have created a pull-forward effect in generator demand, and analysts are forecasting a decline in revenue in 2023. The proliferation of bidirectional electric vehicle (EV) charging also poses a threat to the home standby market or backup generators.

Given those headwinds, Generac stock deserves caution heading into 2023, though it trades at a reasonable price-to-earnings ratio of 11.

You might be surprised to find Match Group (MTCH) on this list, but like Generac, Match boomed during the pandemic before the stock gave up those gains as revenue growth slowed.

In its most recent quarter, revenue rose just 1% (or 10% in currency-neutral terms), and adjusted operating income was flat, though a stronger dollar likely played a role in that slowdown. A management change at Tinder has also led to a deceleration in growth from the company’s top app. However, currency-neutral revenue was still up 16%.

Additionally, newer products like Hinge continue to perform well, and Match dominates online dating. Match is still a growth stock with a large addressable market in front of it as well. If growth starts accelerating again, the stock could take off.

Align Technology (ALGN 1.01%), the maker of dental aligners, was also a big loser last year. The company faced difficult comparisons with 2021 when growth jumped due to a snapback effect as customers returned to dental offices after avoiding so during the pandemic.

Revenue not only declined 12.4% in the third quarter but also fell sequentially, showing that the company is facing recessionary headwinds. Its Invisalign dental aligners are expensive discretionary purchases, and consumers may be delaying buying those products due to concerns about inflation and a potential recession.

With the Align growth story on pause for now, investors are better off avoiding the stock until its growth gets back on track.

Tesla (TSLA -3.38%) has been a battleground stock for years, and after booming through the pandemic, the EV leader gave up much of those gains last year. While its overall financial results were solid, concerns about its production growth and stiffening competition weighed on the stock.

But the biggest reason for Tesla’s decline in 2022 may have been CEO Elon Musk’s decision to acquire Twitter. In doing so, Musk has become a lightning rod for political controversy, and a number of investors believe the distraction is taking away from his management of Tesla. Over the last few months, Tesla’s brand reputation may have deteriorated, and there’s a risk those headwinds could stick around.

The good news is that the stock looks reasonably priced now at a price-to-earnings ratio of just around 30. While Tesla remains a high-risk play, if the company can execute and stay ahead of the competition in EVs, it could recoup some of its losses from last year.