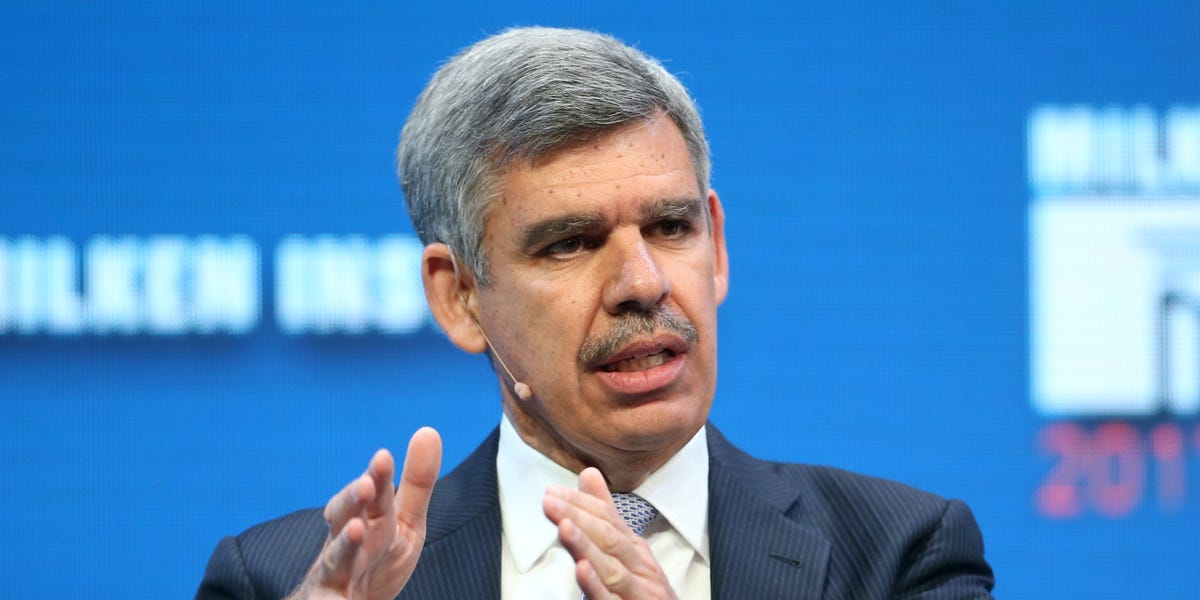 Thanks for signing up!

Access your favorite topics in a personalized feed while you’re on the go.

Recession is likely to take the place of inflation as the driver of the global economy this year — and that means investors face more uncertainty about what could happen, top economist Mohamed El-Erian has said.

Markets are bracing for an imminent economic downturn after a stream of warnings from Wall Street analysts, while the International Monetary Fund has said it expects a recession to hit one-third of the world this year.

“In this new year, recession, actual and feared, has joined inflation in the driver seat of the global economy and is likely to displace it,” El-Erian said in a Financial Times opinion column Monday.

That’s going to cause unpredictability for investors, Allianz’s chief economic adviser added. That would typically cause more market turbulence — something BlackRock strategists have also forecast, as they warned central bankers are unlikely to ride to the rescue as they have in the past.

“It’s an evolution that makes the global economy and investment portfolios subject to a wider range of potential outcomes — something that a growing number of bond investors seem to realise more than many equity counterparts,” El-Erian said.

Tracking inflation was front and center of investors’ minds in 2022, as central banks tightened monetary policy to slow the rate of price rises. In the US, the Federal Reserve acted aggressively against 40-year high inflation by hiking interest rates at the fastest pace in its history, and all three of the major US stock indexes had their worst year since 2008.

But now, analysts and investors are increasingly convinced that central-bank tightening will tip the US into recession, and Bank of America among other big Wall Street banks has warned a downturn could help drive stocks down by over 20%.

El-Erian, who has previously criticised the Fed for being slow to take action, said in his op-ed the rate hikes came too late to stop inflation pressures from spreading to wages and the service sector.

“As such, inflation is likely to remain stubborn at around 4 per cent, be less sensitive to interest rate policies and expose the economy to a higher risk of accidents induced by additional policy mistakes undermining growth,” he said.

The economist warned against being too complacent about the forces behind the coming economic downturn.

“The uncertainties facing each of these three economic areas suggest that analysts should be more cautious in assuring us that recessionary pressures will just be ‘short and shallow,'” El-Erian said.

“They should keep an open mind, if only to avoid repeating the mistake of prematurely dismissing inflation as transitory,” he added.