As part of what it sees as a volatile year ahead, Wells Fargo predicted that the S&P 500 (SP500) would struggle in the near term, pointing to technical factors that suggest that the benchmark index could test its 2022 lows.

See below a chart of the S&P 500 along with the key technical levels that Wells Fargo highlighted. 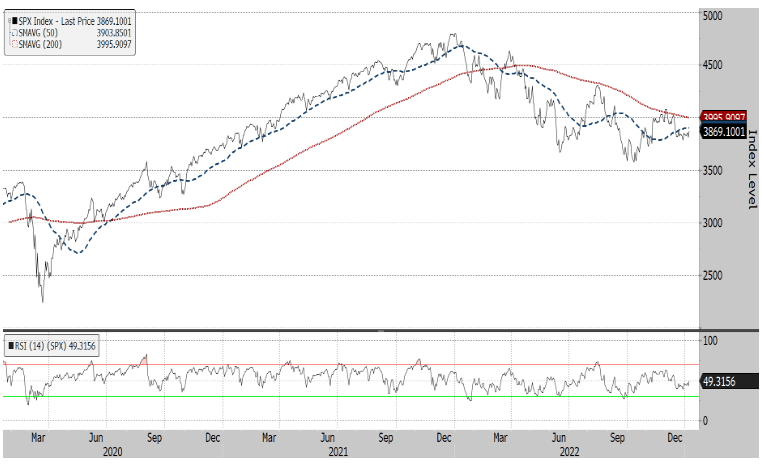 On a broader market stance, Wells Fargo stated: “For 2023, we expect equity market volatility to continue with the likelihood of an economic and earnings recession still ahead of us. After growing in 2022, we see earnings contracting this year as revenues decline and margins get squeezed.”

The firm added that their forecast calls “for the equity markets to rebound in the second half of 2023 (driven by multiple expansion) as investors anticipate a recovery in 2024.”

Moves from the S&P 500 would also have an impact on its tracking exchange traded funds (NYSEARCA:SPY), (NYSEARCA:VOO), and (NYSEARCA:IVV).

In broader news, major market averages traded to the topside on Tuesday after a comments from Fed chief Jay Powell.