The S&P 500 had its worst year since the financial crisis in 2022. Even including dividends, the benchmark index produced a negative-18% return for the year. But what is the stock market going to do in 2023? Will we see yet another dismal year, or will the stock market rebound?

To be perfectly clear, nobody knows what will happen, and historical market performance isn’t a guarantee of future results. With that in mind, here’s what has happened in the past when we’ve been in a similar situation. 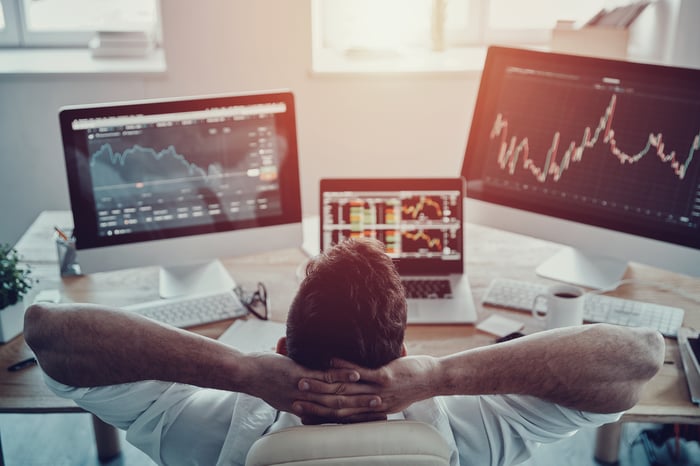 What has happened in other bear markets?

Obviously, we don’t know for sure what the stock market is going to do in 2023 just yet, but looking at the previous 12 negative years, here’s what we know.

To be perfect, historical investment performance doesn’t necessarily predict future results. Even so, it’s an encouraging statistic that in the past 58 years, there has never been a time when the stock market declined like it did in 2022 and then ended the next year in the red.

Other historical stats also point to a strong 2023

There are a few other situations to look at, such as the political landscape and inflationary environment. And both of these point toward the probability of strong stock market returns in 2023 as well.

Stocks have historically risen after midterm elections produce a newly divided Congress. In fact, a Republican congress and a Democratic president are the best combination, historically speaking. Between 1950 and 2021, this government dynamic produced an average annualized return of 16.3% from the S&P 500.

Furthermore, assuming inflation peaked in 2022, this could also be a good indicator for a strong 2023. Since 1950, the S&P 500 has produced a 13% average total return the year after inflation peaks, and a 59% average return over the five-year period after an inflation peak.

As I’ve emphasized several times, these are historical trends (and very encouraging ones). However, there is no guarantee the market will go up this year. It’s entirely possible that this could be the first time in the past half century where the market goes down by more than 15% and then does it again the next year. But these historical statistics sure point toward a strong 2023. We’ll just have to wait and see to know for sure.